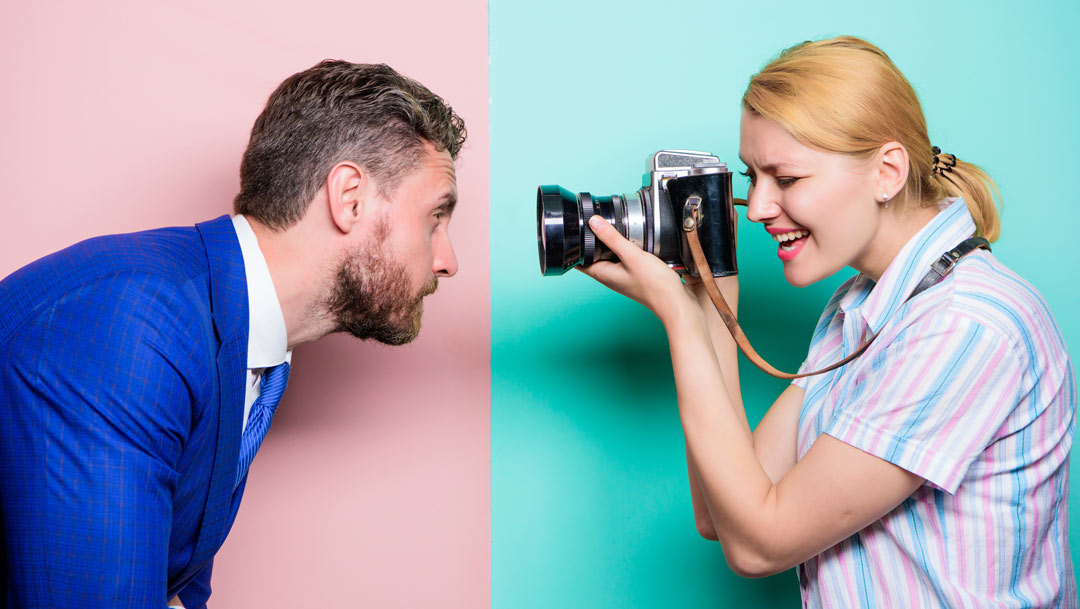 Are you sometimes afraid your business headshot is hurting your professional image? You’re smart to worry. This is often the case.

Unless you’re an image consultant, you probably don’t know what to look for when judging a business head shot. You probably have an instinct for what’s wrong with the portraits of others, but it’s much harder to make an accurate judgment of your own.

This guide will show you what to look for. Each of these pitfalls will destroy the effectiveness of your business portrait and cast a shadow on your professional image. The fact that we use the word “image” to describe your professional aura is itself telling.

7. Wrong Wardrobe. Are you dressed for success for someone in your position in your field? Do you look like a top player even if you’re not yet at that level? I suppose you could be overdressed, but that’s a problem that occurs only rarely. All too often the subject of the photo is underdressed. Poor or ill-fitting wardrobe, bad color coordination, clothing that is over worn, such as shirts fraying at the collar, too casual, too flashy, too quirky, etc. are common problems.

Your career is at stake. Don’t take foolish chances, instead play safe and dress conservatively. Go for an upscale look.

6. Awkward Poses. If the pose makes you look uncomfortable or unnatural, it’s a bad pose. Any extreme is bad. Posture that is too stiff or formal may be suitable for a Marines recruiting poster but not for an executive portrait. Too relaxed looks sloppy and makes you look like an unprofessional slouch.

You need to look like someone who takes herself and her work seriously. If you wouldn’t do it in a formal company meeting, don’t do it in your executive portrait either. You can turn your body slightly away from the camera, so it doesn’t look like a passport shot, but it’s best to turn your head to look directly into the camera.

When shooting headshots, most people pose best when they are sitting. This also makes it easier for the photographer to get the best angles.

5. Bad Camera Angle. Low camera angles shoot up at you and make you look arrogant and aloof, like Benito Mussolini. Sometimes this results from a bad photographer who is afraid to go for a strong eye contact. Other times it comes from a subject who is arrogant or trying to fix a double chin. Don’t do it. 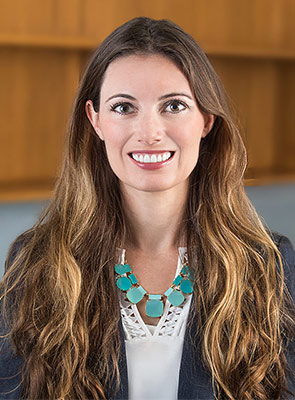 A very high camera angle makes you look weak and insecure, exactly how you don’t want to look in your professional portrait. This is an especially common problem for women. Many photographers, especially males, frequently shoot down on women, even though they would never do it with a male client. Sexism, pure and simple. Don’t let them get away with it. Like men, women executives and professionals should make direct eye contact.

4. Bad Lighting. Since lighting is in the hands of the photographer, you should ask questions before the shoot, and look at samples in the camera as you go. If you see things you don’t like, such as very uneven lighting, ask questions. He can make lighting adjustments before you finish the session.

3. Inappropriate Lighting. This refers not to bad lighting but to lighting that is not right for your professional portrait. When I was in public relations before becoming a photographer, I had prominent British fashion designer as a client. I asked him for a portrait/headshot to use in our work promoting him in the media. He gave me two. The first was really good, but he told me not to use it, because it made him look like the fashion designer he was. (?) Instead he wanted to use the other, which was a hyper-artistic look with only one side of his face lit and the other side in total darkness. It was more appropriate for an avant-garde European film maker. Although I protested, he was adamant, so we sent it out. The media hated it and no one used it.

The main light should come from the front, slightly off center from either side, and slightly above the face. One side of the face will be less well lit. It can be filled in by another light or reflector that keeps it from going too dark.

That’s the basic idea, but there are many variations. Many photographers will show you proofs in the camera as they are shooting. I always do. Look at your face and body and make sure no area is over or under lit.

2. Bad Expressions. Clothing styles change. So do expressions in 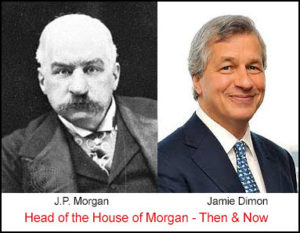 business headshots. You wouldn’t wear a ’40s tie to work, so don’t wear a ’40s expression in your business headshot. In the past, business and professional headshots were very serious, and in some countries they still are. But today in the good old U.S.A. people want to look friendly and approachable. If you can’t smile, at least look friendly and relaxed. You’ll look self-confident, competent, and trust-worthy. You’ll make an impression that’s good for business.

1. Bad Grooming. Your hair should be cut and styled the way you would wear it for an important interview. For men, facial, nose, and ear hair should be trimmed. Unless you are determined to wear stubble, clean shaven is best. A woman’s make-up should be light and professional looking. Light foundation, lips colored and lined carefully, a color that is not too light or dark, little or no blusher and eye shadow, carefully blended. Eye brows shaped neatly.

Examine your clothing and remove specs and loose threads.

The Good News About the Pitfalls

If you have a picture with one or more of these pitfalls, there’s still hope. Most of these problems can be fixed in post-production by a good retoucher. So if they are present in your shot, ask the photographer to fix them. These are things that I fix automatically without being told, because I promise my executives and professionals an upscale look. If your professional portrait photographer does not, make a detailed list and give it to him when you pick out your proof.

The business head shot you use might have to last you for a few years. Make the extra effort to make it really good.